Dorset Based Venus Awards welcomes their first ever official Bus!

Dorset Based Venus Awards welcomes their first ever official Bus!

The Venus Awards have been recognising and rewarding local business woman in Dorset since 2009 and have since expanded into 8 other regions in the UK including Devon and Southampton, with future plans to expand into several more regions in the coming years, and have an international presence by 2017.

When asked about what it was like to see the first ever Venus Awards Bus, founder of the awards Tara Howard said “Seeing the Venus Awards on the bus has reminded me of how far the awards have come and spurred me on to take them even further and continue to change people’s lives.”

The Venus Awards bus will be seen around Bournemouth and Poole encouraging members of the public to nominate deserving local business woman to be recognised and rewarded for their efforts. 2015 will mark the 6th annual Dorset Venus Awards and this year’s nominations open at the Venus Awards Website www.venusawards.co.uk on the 31st March 2015 and close on the 28thMay 2015. We are expecting the nominations to come flooding in to recognise the inspirational and hardworking business women in Dorset, this year categories are;

For a small business with a big attitude

Motivates others and makes a difference

For businesses less than 2 years old

Either 50%+ online or develops/supports technology

A lady over 35 who has achieved over many years

Heart Employee of the Year Award

A lady who goes beyond her call of duty

Rubicon Employer of the Year Award

For a great female friendly boss or manager

A woman who successfully juggles business and family life

Mouchel Entrepreneur of the Year Award

For the individual or business that goes the extra mile

For a business that stands out

Enhanced Director of the Year Award

An outstanding director or board member

Business of the Year Award

A business with 10 or more employees 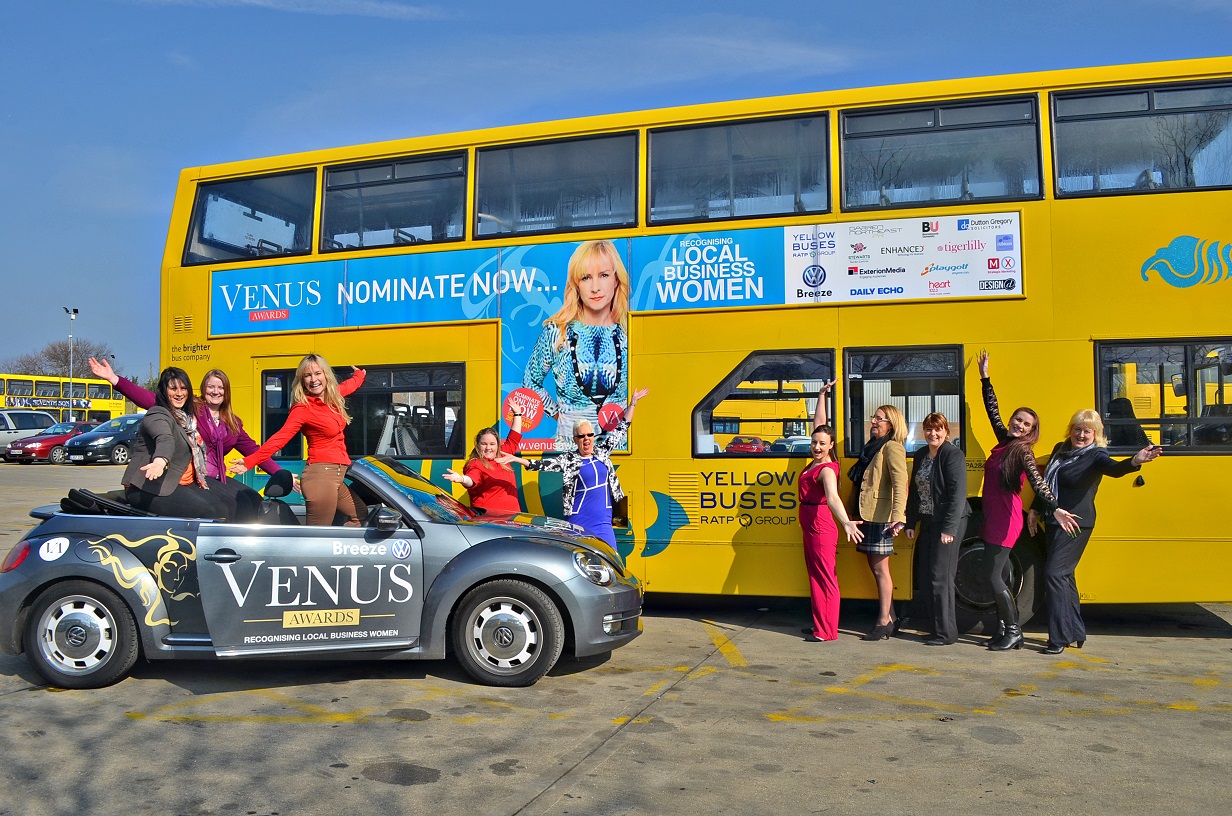