Dutton Gregory is delighted to announce that it was awarded the title of “Personal Injury / Clinical Negligence Team of the Year” at the final of the first ever Dorset Legal Awards 2018, held at the Bournemouth International Centre at the end of February.

Dorset is thriving with law firms, with over 200 SRA regulated practices and over 1,000 qualified solicitors, legal executives and licensed conveyancers – not to mention the thousands of legal and practice support individuals working in the region.  The Dorset Legal Awards has been designed to bring the community together to celebrate achievements through the year.

Dutton Gregory’s journey began in October 2017 when it submitted an application to the Dorset Legal Awards.  This was followed by a panel interview and then the announcement that we had won the coveted title at the Awards dinner.

Carol Maunder and Emma Menzies who head up the Personal Injury and Clinical Negligence Departments went up on stage to collect the award.  Sue Murphy, Head of Marketing for Dutton Gregory said “We were excited to hear that we had been named as finalists at the first ever Dorset Legal Awards.  It was an amazing feeling, to hear our name called as winners and I’m so proud of the team for being recognised in this way by the judges.” 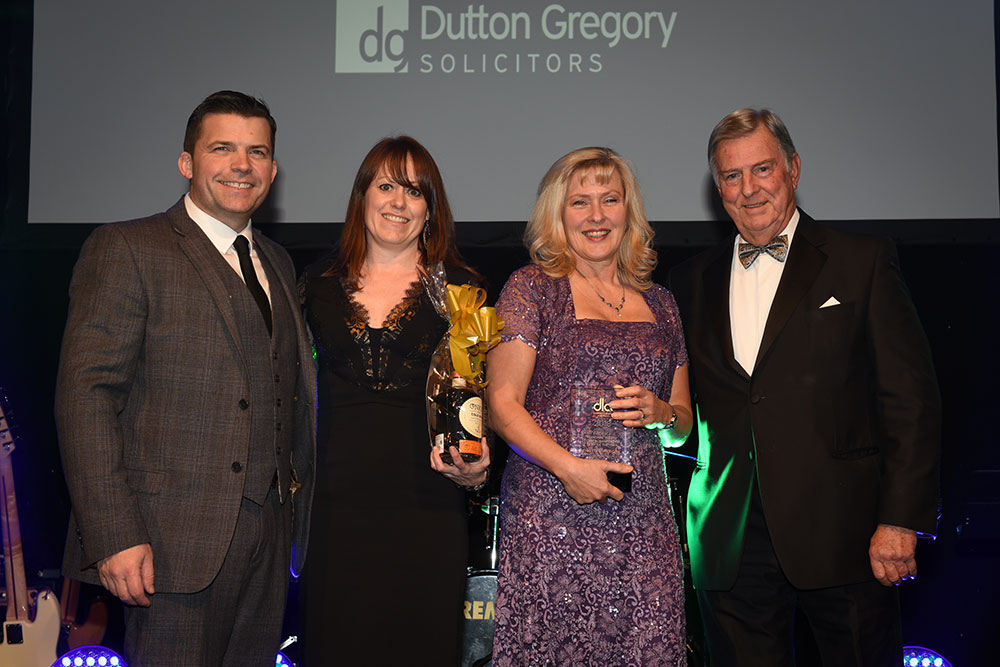 It's good to have (land) options

Our PM has said we should “build, build, build”. The planning system has recently been...
Find out more
Twitter Feed
Your choice regarding cookies on this site