Amarjit Singh was invited to a prestigious reception hosted in the ceremonial rooms at Buckingham Palace to mark the 800th Anniversary of the Sealing of Magna Carta on 23 February 2015. The Royal Family members present at this special event included the Queen and the Duke of Edinburgh, the Princess Royal (Princess Anne), the Dukes of Gloucester and Kent and Prince Michael of Kent.

Originally issued by King John of England as a practical solution to bring about peace in 1215, the Magna Carta is recognised as one of the most famous documents in the world. Indeed, it has been one of the UK's greatest exports - its great principles about individual liberty and the rule of law have been interpreted and applied by jurisdictions globally.

During the reception, Amarjit was introduced to both the Queen and the Duke of Edinburgh. He had an opportunity to speak with the Queen about the Magna Carta's values in the modern world, as well as his wider international work surrounding the development of trade, investment and cultural relations with India.

The other guests in attendance included business leaders, legal and political dignitaries from the USA, Middle East, Africa and Asia. The UK guests included Justice Secretary Chris Grayling and Lord Neuberger, the President of the Supreme Court.

Amarjit also participated in wider commemorative celebrations including a unique once off Global Law Summit held in London between 23 and 25 February 2015. The summit brought together political, industry, legal and academic figures to discuss, debate and develop expertise and relationship across markets and jurisdictions. 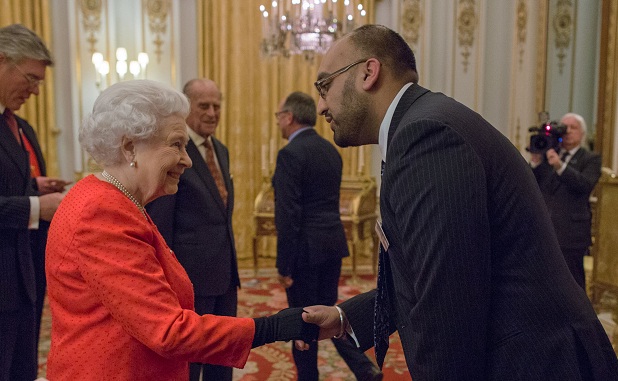